Seize every opportunity to bring aid!

The anniversary year of the JWP Law Firm and the JWP Foundation has been our involvement in the activities for those in need increase even further. We have accomplished many interesting projects. At the beginning of 2022, our plan was to act primarily for protection of the environment. The outbreak of the war in Ukraine has shifted the focus of our activities to supporting humanitarian aid. We were able to support various initiatives and we have also organised aid for animals!

We have been taking part in the nationwide “Noble Package” campaign for a number of years.

This year, we helped Mrs Kinga and her two-year-old son, Igor, whom she raises on her own. They are a wonderful and very loving family from Wyszków who are struggling with a financial crisis.

We were able to collect PLN 4 680 + in-kind aid. The family has received numerous packages containing food, household chemistry and cosmetics, small household appliances, bedding, clothes and toys as well as a small gift (jewellery) for Mrs Kinga. In addition, Mrs Kinga’s long-time dream has come true: she has received a bike with a child seat for Igor. Now she will find it much easier to move around the city together with her son.

On December 10, our two envoys, Aneta Kaczyńska and Małgosia Wrzesińska, took the packages to Wyszków. There, they had the great pleasure to hand the gifts to Mrs Kinga and Igor in person.

The gratitude of the recipients was immense. Igor was happy to play with the new toys. 🙂
We also received a beautiful thank you card:

“Thank you very much for the kind and warm heart that you have shown to us by making the noble package for us. We’re incredibly grateful! It’s difficult to put into words just how happy and moved we are.

It’s wonderful that there are still people with such great and magnificent hearts!

Thank you. Kinga and her son, Igor.

P.S. We wish you a healthy, happy and magical Christmas”

We hope that Mrs Kinga will soon be able to take up a job and the life of her and Igor’s will change.

The war across our Eastern border has touched us all. Like everyone in Poland, jointly or individually, we became involved in activities aimed at supporting the refugees.

The first fund-raiser was organised in March and it was our first joint response to the news of the outbreak of the war. During this fund-raiser, we collected a total of PLN 21,470, with half of this amount having been provided by the JWP Law Firm.

The second fund-raiser was held in June during the JWP Jubilee Gala. In association with the fund-raiser, a competition was held in which the prizes, as funded by the JWP Law Firm, were paintings by the Ukrainian artist Natalia Pastushenko. During the Gala, the painter’s works were also presented and put up for sale, with 20% of the profits from their sale having been donated to PAH SOS Ukraine as well. In this way, we have collected PLN 7,001 from the fund-raiser and PLN 1,638 from the sale of the paintings. Moreover, several of our foreign clients made direct donations to the foreign account of PAH SOS Ukraine.

In total, we were able to donate nearly PLN 35,000 to PAH’s SOS Ukraine project.

During the JWP birthday picnic in the Folk Gazebo in Rozalin, we collected several boxes of materials, including personal care products and cleaning products. We donated the collected gifts to the Care and Treatment Centre in Pilaszków which took in 50 children from the Ukrainian orphanage, together with their carers.

One of our colleagues at JWP hosted two families from Ukraine. They were: two sisters-in-law, Marta and Halina, and seven children aged 2 to 16: 5 boys aged 10-16, an eight-year-old Liana and a two-year-old Jarosław. When they arrived in Poland, there were nine of them in a car made for seven, with their belongings amounting essentially to what they were wearing, as there was not much room for luggage left.  The money collected from this fund-raiser was used to purchase the necessary items, including shoes, underwear, jackets.

In addition, some JWP employees provided in-kind aid to this family and to other families who have found shelter with their colleagues at JWP.

At the initiative of Helena Gajek, we organised a collection of medicines, dressings and food for the emergency services in Lviv which help the wounded in Eastern Ukraine. We have collected 4 boxes full of gifts which were given to the organisers of the collection who took them to Lviv and handed them directly to the doctors.

At the end of last year, we also organised aid for refugees on the border with Belarus. At that time, we collected PLN 1,520 for the SOS Border project of the Polish Humanitarian Action. We write about it because in 2022 we focused more on supporting our Ukrainian neighbours, while the tragedy of the refugees at the border with Belarus is still ongoing. Let’s not forget that.

We plant trees and build kennels

During the JWP birthday picnic, which took place on April 1, in addition to having fun and in defiance of the surprisingly wintry aura, we also did something important:

It was with a great dose of energy that we carried out our tasks. There was a great deal of laughter, good fun and opportunity for integration to be had.

A representative of the shelter in Korabiewice solemnly presented us with a diploma of appreciation, thanked us for the excellent job that we did and took our works. The kennels are solid, warm, spacious and beautifully adorned. We hope that they serve the dogs well.

We have been cooperating with the Children’s Fantasy Foundation for several years. It is an organization which brings joy and a smile to chronically ill and disabled children. The Foundation fulfills individual dreams as well as organises picnics, artistic events and games for the children under its care to give them a moment of respite and time for carefree play, thereby relieving their suffering.

This year, the JWP Law Firm supported the 18th Evening of Dreams with Fantasy at the Warsaw Zoo, which took place on August 28.

The event was attended by 350 children in the Foundation’s care who were also joined by war-traumatised children from Ukraine. Everyone, along with their parents, had a great time – the children enjoyed the numerous attractions and were extremely happy.

Before the beginning of the school year, we purchased and collected several boxes of school supplies for children from the Śródmieście District Social Assistance Centre and the Bielany Children’s Care Centre. All materials arrived at the Centre and were given to the children or stayed at the Centre so that the children could use them during the classes held there.

on behalf of all the children who remain in the care of the Śródmieście District Social Assistance Centre, I would like to thank you for your heartfelt support. I took all the school supplies that you provided and those that were purchased from the funds donated during the collection to the Centre where I currently work (after more than 20 years, I moved from the Centre in Bielany to the one in Śródmieście). All the items were carefully sorted and stacked in the storeroom, and the Family Assistants are now passing them to the kids according to their needs.”

In-kind aid for the Help Centre

Throughout the year, our colleague Aneta Pakoca was also engaged in a regular collection of gifts for the beneficiaries and residents of the Social Assistance Centre, the Children’s Sociotherapy Care Centre and the Residence Centre for refugees from Ukraine who are in her care. She collected many children’s and adults clothes from her colleagues. All of them went to those in need. It is great that a person who works directly with families in need of support is a member of our team. This enables us to direct our aid to specific people and ensure that they will receive what they actually need. And it is such aid that has the power to make a difference! 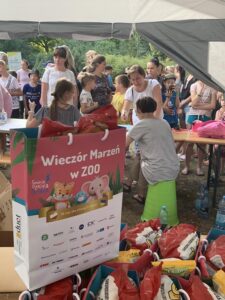 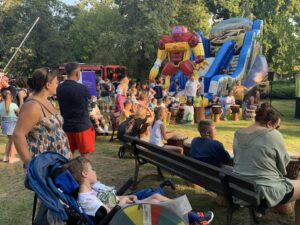 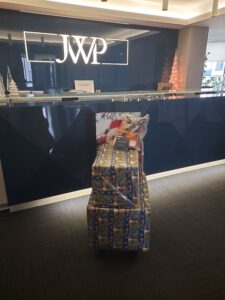 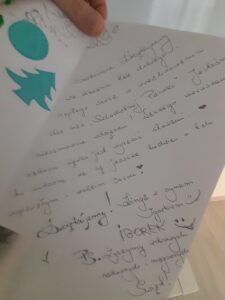 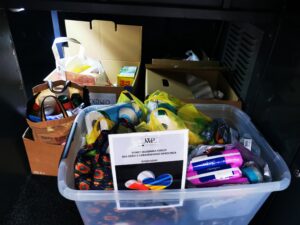 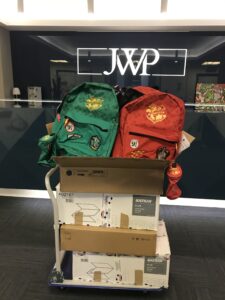 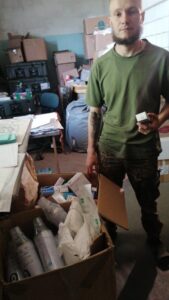 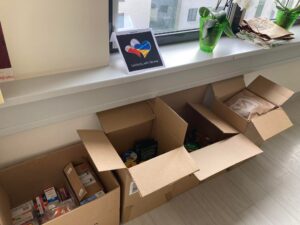 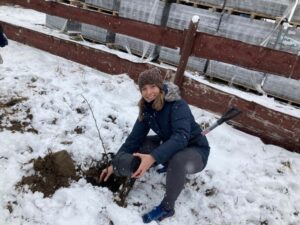 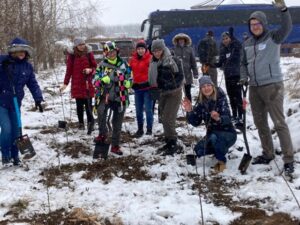 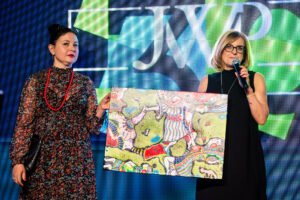 JWP and „Evening of dreams”

This year JWP Patent & Trademark Attorneys decides to support the Children’s Fantasy Foundation in organizing the 15th Evening of Dreams at the Warsaw Zoo. “Evening of Dreams” is the…

JWP Patent & Trademark Attorneys obtained the Green Office certificate to confirm that we fulfil the criteria of an environmentally friendly company. We are proud of the title because it…

This is yet another time when the employees of JWP Patent & Trademark Attorneys support the „Noble Gift” charity campaign. Recently help has been provided to Magda and her wonderful…

The employees of the JWP Patent & Trademark Attorneys have prepared packages with presents for a family from the Masovia Province. This is another time when JWP is involved in…