We are witnessing the biggest revolution in European patent law since its inception. When in 1973 the European Patent Office was established in Munich, it became possible to obtain, in a single procedure, a patent for an invention which today, years later, can be simultaneously protected in 38 countries, including all the Member States of the European Union. However, obtaining a patent is often only half of the story, as the exclusive right must then be effectively exercised. For this purpose, a Unified Patent Court is created – the first international court in the history of the world which have jurisdiction to settle disputes between private law entities.

Currently functioning international courts (e.g. CJEU or European Court of Human Rights) have always decided in disputes in which at least one party to the trial was a state or an international institution. The phenomenon of the Unified Patent Court (UPC) will consist in the fact that the same parties to the proceedings which appear in national courts for patent infringements (patent holder and infringer) shall meet in this court. This means that UPC will settle patent disputes just like national courts, although its judgement will be legally binding in all 17 countries that have joined this system. However, this seems to be only the beginning, because UPC may become in time a patent court competent for all Member States of the European Union.

Unified Patent Court will settle disputes concerning European patents and  European patents with unitary effect. The latter will also be granted by the European Patent Office, although in order for them to be valid, no validation procedure before national patent offices shall be necessary. Therefore, an exclusive right of a unitary nature is created, which is automatically valid in all countries participating in the UPC system.

Opportunities and risks associated with the unitary patent and UPC

The introduction of a European patent with unitary effect and the Unified Patent Court bring new opportunities and perspectives for actions for the patent holders, but also real business risks. The new system changes the “rules of the game” that have been in place so far in patent disputes which often were handled in relation to the same European patent at the same time in different countries. Therefore, there is a need for a new look at the strategies of business activities in this area: both taking the perspective of choosing the scope of protection of European patents (the ordinary one or the one with unitary effect) and avoiding the threats associated with their infringement. The unitary nature of the European patent means that, in the event of a dispute, patent holders may lose protection in the territory of many countries at one time. On the other hand, for those potentially infringing such a patent, the risk of losing a legal battle before UPC may also lead to the loss of several outlet markets for the contested product.

Taking the above into account, as of now we want to strategically prepare our clients to take advantage of the opportunities arising  to avoid most of the risks associated with the emergence of a new European patent protection system.

As a leading patent law firm in Poland, we start offering specialized legal and technical services related to the establishment of the Unified Patent Court.

We already recommend to all interested entities who are active before the European Patent Office and whose patent applications are entering the last stage of the proceedings to review the portfolio of pending proceedings.

Two transitional procedures launched by EPO  the request for patent with unitary effect and the postponement of publication, shall allow the applicants to decide on the future of the European patent granted.

However, the time to take action in this respect will be very limited and will start once Germany has submitted its ratification instrument concerning UPC. Hence, proper preparation already at this stage requires a strategic approach.

As the circumstances related to the implementation of the new system change, the scope and nature of the services offered by JWP  will expand to ultimately include:

Countries participating in the UPC system: 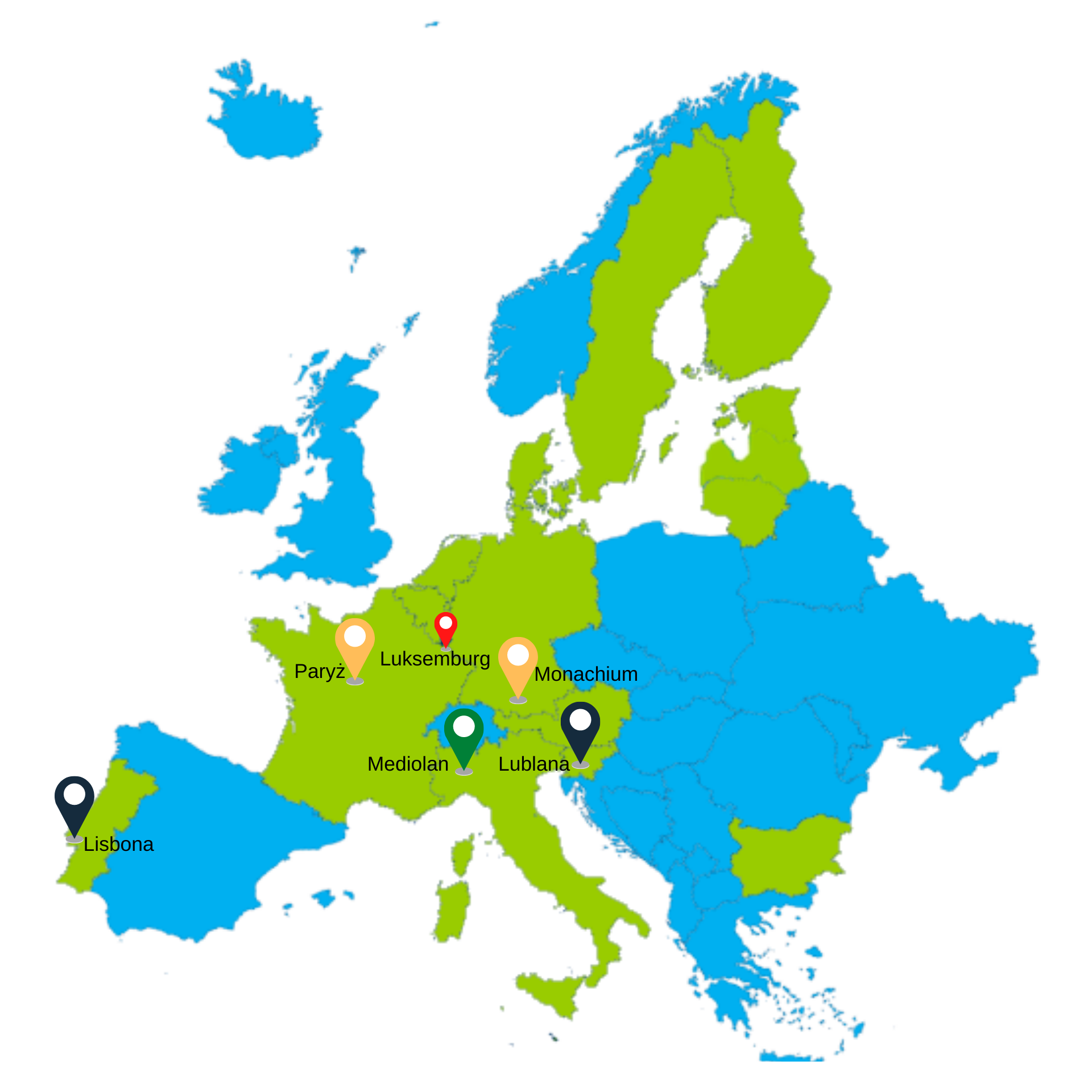 The Central Division of the Unified Patent Court (UPC)

Court of Appeal of the UPC

Expected 3rd seat of the central division of the UPC

#JWPBlog – The problem of plastics management – trends in the patent market

Our firm offers more than a thousand diverse cosmetics accessories and we need comprehensive legal advisory services concerning issues related to copyrights, trademark and industrial design protection, as well as combatting unfair competition. In all these aspects we may always rely on reliable and trustworthy JWP experts. They are the best business partner in the field of IP, and we have never been disappointed!

JWP Patent and Trademark Attorneys are a team of experienced and competent advisors with whom I have been cooperating for almost 30 years in the field of protection of my technical solutions and inventions. Thanks to their knowledge and involvement I am able to protect my technology not only in Poland but also in numerous countries worldwide. I may thus export my technical solutions to foreign markets, grant licences and benefit from the obtained patents. JWP provides me with a sense of security and active support in development of my firm in the field of patent and trademark protection.

Mactronic Sp. z o.o. Sp. K. seated in Wrocław has been cooperating with JWP Patent and Trademark Attorneys since 2011 in the field of handling patent applications in Poland, EU and USA. The scope of the cases involved extends also to supervision over execution of patent rights against entities who infringe such rights.

Many years of our cooperation confirm that our choice has been right and we always receive immediate support from JWP.

President of the Board
Mactronic Sp. z o.o. Sp. k.

JWP Patent and Trademark Attorneys Dorota Rzążewska sp.k. provides us with services in filing applications and in handling procedures concerning inventions and trademarks. (…) The legal advisory services rendered by JWP are of utmost care and expertise. They perform the necessary activities timely and in a form that is convenient for us (…) they have never left us with an unsolved problem and they have always got involved with full substance-related background to reach the most advantageous settlement. We recommend JWP with full responsibility to all who are interested in cooperation with a law/patent firm.

With JWP we have a long history of reliable cooperation. JWP provides us with services in registration of trademarks and continuous watching them. Communication with JWP is clear and undisturbed, all is done in time. Professional skills at the highest level.

JWP, first of all, are a team of exquisite practitioners whose specialist advice and many-year experience contribute to excellent cooperation and professional skills shown in attaining all set objectives. The tasks entrusted to JWP for handling have been fulfilled timely, with due care and in line with our expectations.

I am pleased to recommend JWP as a reliable partner.

We have been cooperating with JWP constantly for over 25 years. We highly appreciate JWP for the comprehensive services, reliability and precision in performance. JWP supports Gerda in intellectual property protection in Europe, North America, South America, and also in Asian countries, thus our brand gained high quality protection globally.

President of the Board
GERDA Sp. z o.o.

Jagiellonian University has been cooperating with JWP Patent and Trademark Attorneys for many years during which JWP filed several dozen of patent applications on behalf of JU, and contributed to obtaining numerous patents. The JWP employees distinguish by high professionalism and due care for a positive course of patent procedures carried out for JU inventions. I can fully recommend cooperation with this firm.

I highly appreciate the cooperation with JWP due to very good communication, both by email and phone, with the JWP employees, and the fact that the tasks are timely fulfilled. This way I am sure that everything will be done on time.

I highly appreciate cooperation with JWP: they assisted in preparation of a European patent application filed by a team supervised by me. JWP accepted the formula of seminary meetings proposed by us and during such meetings our scientists explained specificity of the subject-matter to be patented and the JWP specialist team simultaneously presented the formal/legal context, analysed results, and evaluated chances of patenting. This approach turned out to be so effective that a patent has been granted by the European Patent Office.