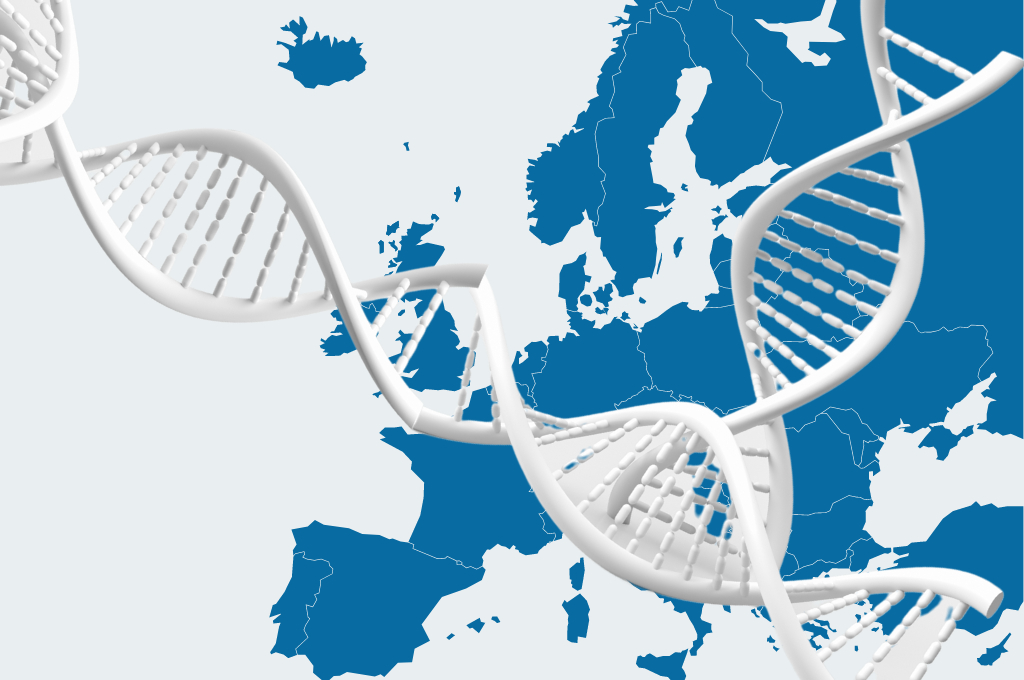 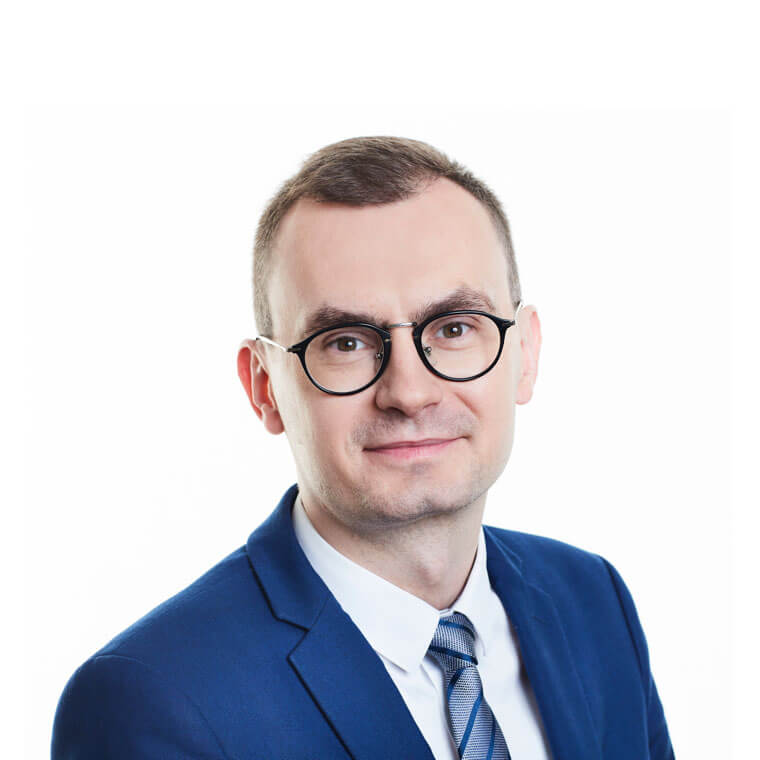 The European patent system is changing. The institution of a patent with unitary effect, which has been planned for years, is finally materialising. It would seem that Poland will not be affected by the changes being introduced, as it is one of the countries which, apart from Spain, has excluded itself from the new system. Accordingly, it would seem that Polish entities, even those with European applications and patents in their portfolio, can sleep peacefully. But this is far from true.

An agreement on the Unitary Patent and Unified Patent Court (UPC) is likely to enter into force as of 1 October 2022. The final date remains unknown and may be subject to change. What is certain is that the new system is to be launched three months after Germany has deposited its instrument of ratification of the UPC Agreement. Is the above-mentioned tentative date of 1 October 2022 of any significance to Applicants and Patent Holders? It appears that it is, and of a profound one. As there is still some time to properly prepare yourself for the new system, some steps are recommended to be taken now – the details are provided below. But let us start from the very beginning.

The current European patent application system, as part of which the European Patent Office (EPO) ultimately issues a patent decision, is in fact referred to as a bundle of patents. Depending on the Patent Holder’s decision, following proceedings before the EPO as many as 38 independent patents may be created. This is the number of Contracting States to the European Patent Convention (EPC), and it is at the European Patent Holder’s discretion and with its budget in mind that a decision is taken in how many countries the patent will be validated. In other words, in how many countries its validity will be recognized. It is the Patent Holder to decide whether and in how many countries and for how long the patent will be maintained (by paying periodic fees for keeping the patent in force). There may be a situation where out of 38 countries the Patent Holder will validate its patent in 27 countries, and then in the eighth year of protection it will decide to maintain the patent only in 13 markets. Out of the 13 countries, the revocation procedure will be initiated in 4 countries (those not being particularly crucial from the commercial point of view). When the patent is effectively cancelled, protection may be maintained in the nine countries that are key to the Patent Holder. This flexibility in shaping the final territorial scope within which the European patent will be valid is, as you can see, considerable. But the costs of such actions may be high.

The European patent can be validated in any of the 38 countries. In some countries, the entire patent specification is required to be translated into the language of a given country (with Poland as an example). Subsequently, keeping the patent in force in all the countries means that annual fees need to be paid for the maintenance of protection. And the fees are increasing, that is, the longer you keep the patent in force (or the longer you maintain the exclusivity in the form of a patent monopoly in a specific market), the higher the fees. It is difficult to picture these copious amounts of euros, crowns, kunas, liras and Polish zlotys in your mind’s eye, let alone pay them.

It is precisely due to the costs that companies have to incur for validating and maintaining a European patent in several or several dozen countries that the need has arisen to create a EU unitary patent and unified judicial system to cover all the countries of the European Union and establish a single patent court before which proceedings related to such a patent would be held.

The idea of the Unitary Patent and Unified Patent Court was intended to encompass all the Member States. But things turned out differently and, as usual, politics was the reason behind it. The UPC was supposed to cover all the EU Member States, which may happen in time. However, Spain and Poland have not yet joined the UPC, Croatia has still not signed all relevant documents and the UK left the EU after the Agreement had been signed. Ultimately, the 24 EU Member States being signatories to the UPC Agreement include: Austria, Belgium, Bulgaria, Cyprus, the Czech Republic, Denmark, Estonia, Finland, France, Germany, Greece, Ireland, Italy, Latvia, Lithuania, Luxembourg, Hungary, Malta, the Netherlands, Portugal, Romania, Slovakia, Slovenia and Sweden. The signing of the UPC Agreement does not guarantee participation in this system, as ratification is required. Germany has not yet completed this process and has to deposit the said instrument of ratification. And a lot depends on that date.

At this point, it should be noted that an application for a Unitary Patent will be proceeded in the same way as the existing European application. The new rules formally entrust the EPO with Unitary Patent management, and this is why the EPO has decided to introduce two transitional measures applicable to pending European patent applications which have reached the last stage of the procedure. Following the entry into force of the provisions on the Unitary Patent and Unified Patent Court, the decision to grant a European patent as regards pending patent applications will be made already under the new provisions, which means that the Unified Patent Court will be a competent court to decide on patent invalidity or infringement. This may be of crucial significance to the Patent Holder, as the patent may be automatically revoked in all of the 24 (or, should Croatia sign the documents, 25) Member States

Assuming that Germany deposits its instrument of ratification on 16 June 2022, the UPC will enter into force on 1 October 2022. These two transitional measures introduced by the EPO will be available for European patent applications for which a communication has been issued under Rule 71(3) EPC, i.e. those which have reached the final stage of the procedure. Such a communication invites the applicant to pay, within four months, a fee for the grant of the patent and publication and to file a translation of the claims in the two EPO languages other than the language of the proceedings.

The first transitional measure allows Applicants to submit so-called early requests for unitary effect prior to the launch of the new system. Such a request will enable the EPO to register the unitary effect as soon as the system is in operation, provided that specific requirements are met, i.e. such a request has been submitted following the date of deposition of the instrument of ratification of the UPC Agreement by Germany and when an EPO communication has been issued under Rule 71(3) of the EPC. It is best to file such a request for unitary effect via the Internet using a specific form.

The second transitional measure allows the Applicant to submit a request for a delay in issuing a decision to grant a patent after the EPO issues a communication under Rule 71(3) of the EPC and before the text for the grant of the patent is approved. As a result, the European patent qualifies for protection as a Unitary Patent. At the Applicant’s request, the EPO will delay the issuance of a decision to grant a patent so that the mention of the grant is published in the European Patent Bulletin on or immediately after the date on which the new system starts to operate. As above, the EPO will allow for such a request to delay the issuing of the decision to be filed only following the date Germany deposits the instrument of ratification of the UPC Agreement and with regard to the applications for which a communication has been made under Rule 71(3) of the EPC. Also in this case, the request for such a delay should be filed using a special form provided by the EPO – in both cases, the action taken by the patent attorney may prove very helpful.

The two instruments above are designed for the Applicants optimistic about the new system. However, those who fear that the entry into force of the Unified Patent Court will increase the risk of losing their rights should be aware of one more thing. Before the UPC enters into force, in the initial three-month period UPC jurisdiction may be waived under the so-called opt out clause. This is important as, implicitly, the UPC will have jurisdiction in the territory of the Member States over all existing patents. Following such waiver, only national courts would have jurisdiction over a given European patent as part of the current dispute resolution system functioning in Europe.

In view of the above, in order to avoid the risk of central cancellation, it is recommended to review your patent portfolio before the EPO to wisely and strategically decide for which application or patent a given course of action is the most effective. Assuming that the initial period begins on 1 July 2022 (i.e. three months before the UPC enters into force) or even earlier, difficult but crucial decisions should be knowingly made now. JWP Patent Attorneys is here to support all life science entities in choosing the right strategy and provide any additional information on the new patent system.