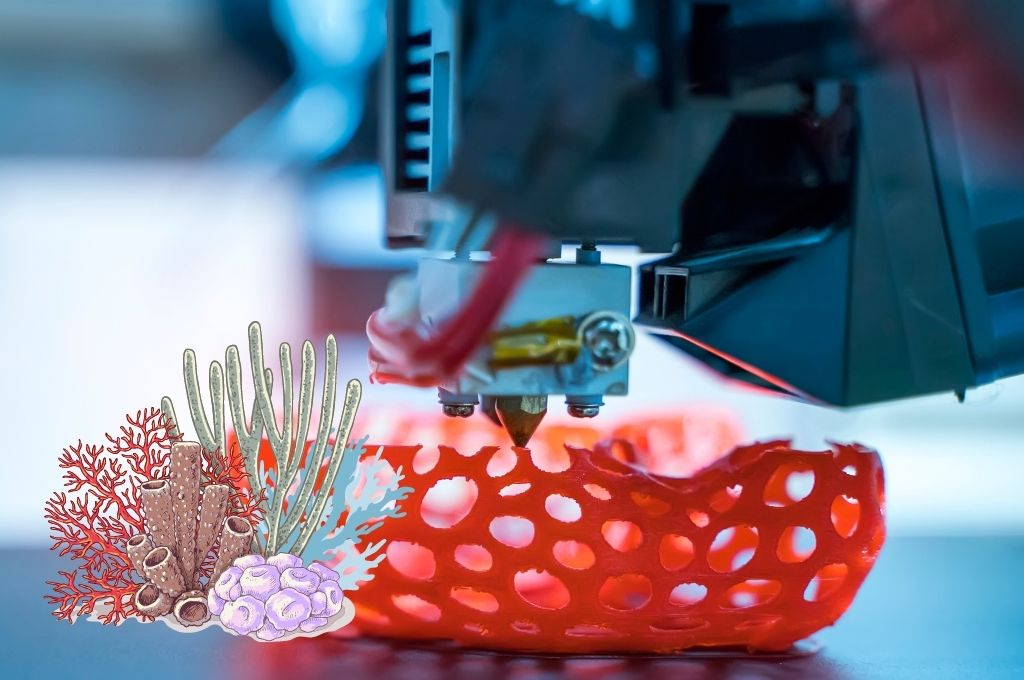 Coral reefs belong to the ecosystems that are the most sensitive to climate change, and thus serve as a perfect study example of the changes taking place on our planet. Scientists are working hard to protect and regenerate them using a wide variety of innovative approaches.

Coral reefs are generally found in well-lit and warm waters, and although they do not cover a significant area, it is estimated that about 25% of all marine species depend on them, either directly or indirectly. The largest coral reef, about 2300 km long, is the Great Barrier Reef, located off the east Australian coast. Visible even from space, the Great Barrier Reef is home to hundreds of coral, fish and mollusk species, several species of sea turtles, and even whales and dolphins.

Apart from the fact that they serve as natural breakwaters, coral reefs are a popular destination  for generally understood marine tourism. Anyone who has ever been reef diving knows the great beauty of the bustling sea life there. Delightful grace and the vastness of living organisms as well as their amazing colors that emulate multihued exotic rugs can dazzle even the most critical of spectators – suffice it to say that the Great Barrier Reef was put on the UNESCO World Heritage List. It is estimated that the lives of about 500 million people depend on coral reefs. However, marine tourism and fishing is not all that coral reefs have to offer; multitude of creatures living on and around them give researchers a unique opportunity to find new chemical compounds that may contribute to the development of novel drugs. Not surprisingly, many scientists familiar with the benefits that can be derived from the coral reefs are now sounding an alarm: coral reefs of the world are dying.

The threats they face are numerous and, to make matters worse, they arise from all sorts of different reasons. The most important endangering factor is definitely climate change with its rising temperatures that result in the fading of corals. However, it is not the only problem, as pollution and acidification of the oceans – a topic only briefly outlined herein – is equally destructive. Ocean acidification is not caused by pouring acids into the water, but by the emission of carbon dioxide into the atmosphere that is increasing on a global scale. CO2 is later “absorbed” by the oceans as part of a natural biogeochemical carbon cycle which involves both the atmosphere and the hydrosphere (i.e., marine and inland waters), where it exists not only as dissolved carbon dioxide but also in the form of bicarbonate and carbonate ions. Moreover, oceanic currents transport huge amounts of carbon deep into the water layers. CO2 does not affect coral fading directly, but it significantly hinders their recovery by reducing the concentration of their natural building block – aragonite.

Various reports show that by 2050 as much as 95% of the global coral reefs will be exposed to temperature stress leading to coral fading. This would probably not pose such a big problem were it not for the fact that natural reef regeneration is a slow process. Also, destroyed coral reefs are less likely to reproduce: for example, the average annual growth of the Great Barrier Reef is only 5-8 mm! Slow regeneration is thus the reason why as much as 50% of coral reefs have been irretrievably destroyed so far. Not surprisingly, attempts are being made at protecting and regenerating coral reefs and as yet about 27% have been saved by declaring them nature reserves. These attempts include a number of methods, such as assisted reproduction, modifications aimed at producing organisms that are more resistant to temperature stress, or, e.g., artificial breeding.

It has already been stressed that reef regeneration is a time-consuming process, however, an interesting research results have been published recently that concern 3D printing technologies used to regenerate coral reefs. In ACS Sustainable Chem. Eng. 2021, 37, 12634-12645, researchers present a method that not only simplifies the procedure of coral reef regeneration, but most importantly accelerates the regeneration process. For this purpose, 3D-printed structures made of calcium carbonate were employed. To put it simply, the scientists managed to create an artificial coral skeleton on the basis of the natural one which ensures rapid growth of the coral micro-fragments, as there is no need to construct a calcium skeleton that forms the basis of the reef structure. Unlike other similar methods, this technology relies on the passive colonization of the printed substrate, i.e. the attachment of coral micro-fragments to the printed skeleton.

3D printing technology has now become an established part of our lives. It involves not only using commercially available filaments such as PLA for “figurine printing”, but is also the subject of extensive research focused on the possibility of employing a number of materials to create entire building constructions (such as the whole bridge functioning in the Netherlands) or using organic “microbial ink” material to print “living material”, i.e. special capsules for medicines. A number of other uses is also being considered that are beyond the scope of this article. Whereas in 2010 there were only a few publications describing inventions related to 3D printing in patent databases, their number exceeded 4,000 in 2020, with as many as 5,000 publications in the year 2021. This only proves that 3D printing technology is currently being employed in many fields of technology, leading to the development of more and more innovative solutions. Besides artificial components, living micro-fragments are also more often used to help protect the environment that we, as human race, are so bent to destroy.

Article was published on May 25, 2022, on Rzecz o Innowacjach – https://rzeczo.pl/wykorzystanie-druku-3d-w-ratowaniu-rafy-koralowej/

On 24 September 2021, the amendment to the Act of 16 April 1993 on combating unfair competition (CUC Act) came into force. The change that was introduced is that an…

Legal protection of solutions in the field of new technologies is a very important topic for Polish entrepreneurs. These solutions apply to all process and product improvements, both in our…