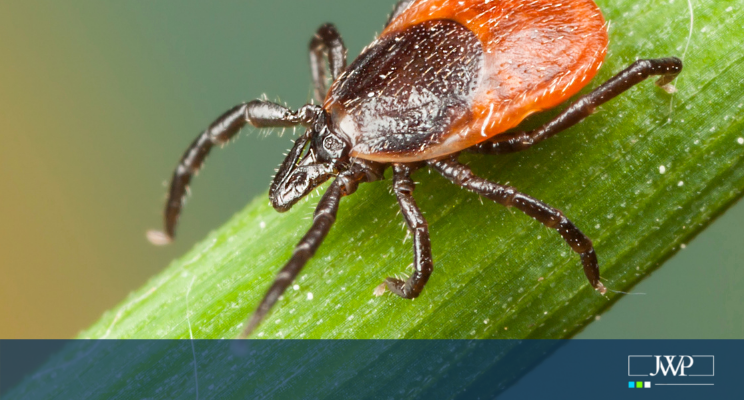 Fleas, mosquitoes, lice, ticks… A problem that is literally and figuratively biting, troublesome, but sometimes also very dangerous. It may seem that living in the 21st century, with access to running water and cleaning agents, we are protected from insects and the effects of their attack. Well, no, we are not. Over the years, people trying to protect themselves from various types of insects have achieved short-term results. This is because insects can become resistant to various preparations. 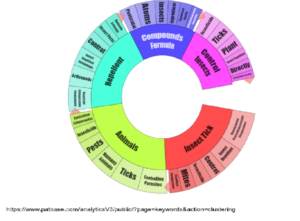 The most dangerous insects in Europe today are definitely ticks. In the world, there are about 900 species, 70 of which are part of the European fauna. Ticks belong to the same group as mites. Their unique feature is that they adapt very quickly to the environment. They are blood-feeding parasites, much like the mosquitoes we hate. The difference is, however, that a tick needs much more food than other “bloodthirsty” insects, and it can feed on its prey for up to 15 days.

A tick can attack us virtually anywhere. In a forest, meadow, park, or high grass. Its presence is sometimes hard to detect because apart from slight itching it gives almost no symptoms. The parasite usually seeks a less visible place on the human or animal body. And not even the insect bite itself is dangerous, but the pathogens transmitted by it.

One of the most dangerous diseases transmitted by ticks is tick-borne encephalitis (TBE). Its symptoms include meningitis, encephalitis, and in some cases – both, which can even be fatal.

Another tick-borne disease is Lyme disease, also known as “Lyme borreliosis.” Lyme disease is an infectious disease that is caused by the bacterium Borrelia burgdorferi. This bacterium can attack literally all parts of the body – the nervous system, skin tissue, joints, or the organ of sight. How to recognize it? The most common symptoms in the early stages are fatigue, headaches, and dizziness. Later symptoms include facial nerve paralysis and even heart problems. The disease often leads to arthritis and various neuropathies.

How to effectively protect oneself against Lyme disease and TBE? Vaccination is currently the only effective way to protect oneself against the disease and its complications. The Lyme disease vaccine is currently in clinical development and may be released to the market in a few years if clinical trials on a larger group of people confirm its effectiveness. However, an inactivated tick-borne encephalitis vaccine manufactured by Pfizer Manufacturing Austria GmbH, FSME-IMMUN 0.5 ml, is available. The vaccine is accessible as an injectable suspension in a pre-filled syringe.

Ticks are also very dangerous to animals. A dangerous and difficult-to-treat disease, babesiosis, formerly known as piroplasmosis, often occurs in dogs as a result of bites. Babesiosis is caused by the protozoan parasite Babesia Canis, which is transmitted by ticks. When the organism detects the presence of the protozoan parasite, it starts a fight in an attempt to repel the threat, and at the same time, it destroys red blood cells. As a result, the dog’s organs become inflamed, anemia develops, and respiratory and nervous system problems occur.

Is it possible to prevent this? Climate warming, which makes ticks prey almost all year round, has resulted in huge demand for protective preparations – sprays, tablets, drops, and collars. The leading manufacturer of such preparations is the “Bayer” company (the word trademark has been continuously protected since 1958 in Poland). When babesiosis became widespread in the animal world, Bayer launched the “Foresto” collar. The chemical compounds contained in the collar (imidacloprid and flumethrin protected by patent No. EP1763301 in Poland until 2025, and SPC No. DPO.0197) are primarily designed to repel ticks and hence protect against their bites. Foresto has gained enormous popularity over time, thus the manufacturer decided to register the word trademark on August 20, 2010 (the application received the number Z.374424).

Unfortunately, the collar does not always work for long-haired animals, which is why preparations in other forms are also available on the market. An example would be “Fiprex” drops, the word and device trademark of which was submitted on October 25, 2007 (Z.331996), as well as repellents in spot-on, pour-on, and spray forms. A rather interesting and controversial way to repel ticks is ultrasound. In theory, devices that emit sound at the appropriate frequency block the so-called Haller’s organ, which acts as the olfactory system in ticks. Unfortunately, there are not many scientific publications that confirm the effectiveness of ultrasound in repelling and/or combating ticks.

Analyzing the solutions available in published patent descriptions, it can be noted that over the last several decades, there have been approximately 314 applications for inventions relating to tick repellents (own elaboration based on a search in the PatBase® database of Minesoft®). The countries with the highest number of patent applications for such inventions are the United States, Australia, Japan, and Canada (Figure 1). In terms of the number of applications among European countries, the leaders are Germany, Spain, Austria, Denmark, France, and Poland. 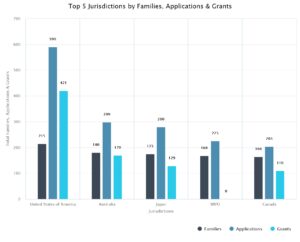 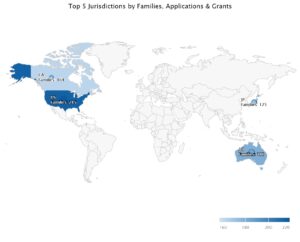 Figure 1. Countries with the highest number of patent applications.

Considering the number of patent applications for inventions over the last 20 years, it can be observed that the highest increase in new patent applications was recorded in 2006 and 2014 (Figure 2). Among the recently published inventions, an interesting solution was disclosed in the patent application of MOSQUITO SRL concerning an insecticidal device for indoor and outdoor use. Patent application No. WO2021070060A1 discloses a device comprising a matrix used to attract, kill and/or keep blood-sucking insects (mosquitoes, ticks, lice, mites, etc.) alive. The biomimetic matrix according to the invention is in the form of a gel that is based on fully biodegradable, biocompatible, hydrophilic, and hygrophilic biopolymers. Depending on the type of polymer used, the matrix has properties suitable for attracting hematophagous animals by imitating the features of a natural habitat ideal for them to perform certain vital functions (e.g. reproduction).

In the event of a tick bite, it is recommended to remove it quickly from the skin of animals or humans. The method of tick removal is well known in the prior art. Recently, a useful tick removal product was disclosed in patent application No. US2021007343A1. The device according to the invention effectively removes both the tick and its head, while being portable, sterile, and individually packaged. It comprises a flat body with a V-shaped notch on one surface and a sharp point on the other surface. The packaging, which protects the user from the sharp end, can also be used for sterile storage of the removed tick, which is important in subsequent laboratory tests to see if the tick is transmitting any disease.

Current solutions to protect hikers from ticks are mainly based on undesirable chemical repellents or physical barriers that do not provide adequate warning of the tick’s presence. Patent application US 2019066475 A1 of BORDELON TERENCE J discloses a device that addresses these concerns. Namely, the device alerts the wearer to the presence of a tick and comprises a wearable band, preferably positioned on the leg below the knees. 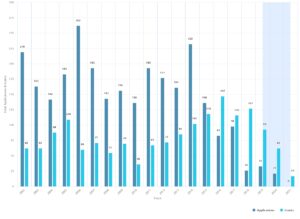 Science is providing us with more and more solutions in the fight against parasites. However, it should not be forgotten that these small, inconspicuous creatures become immune to protective measures over time. We can only hope that further innovations in the field of medical and veterinary products will soon make it possible to effectively eliminate the threat. But for now, as the old saying goes, “prevention is better than cure”, and let’s stick to that.