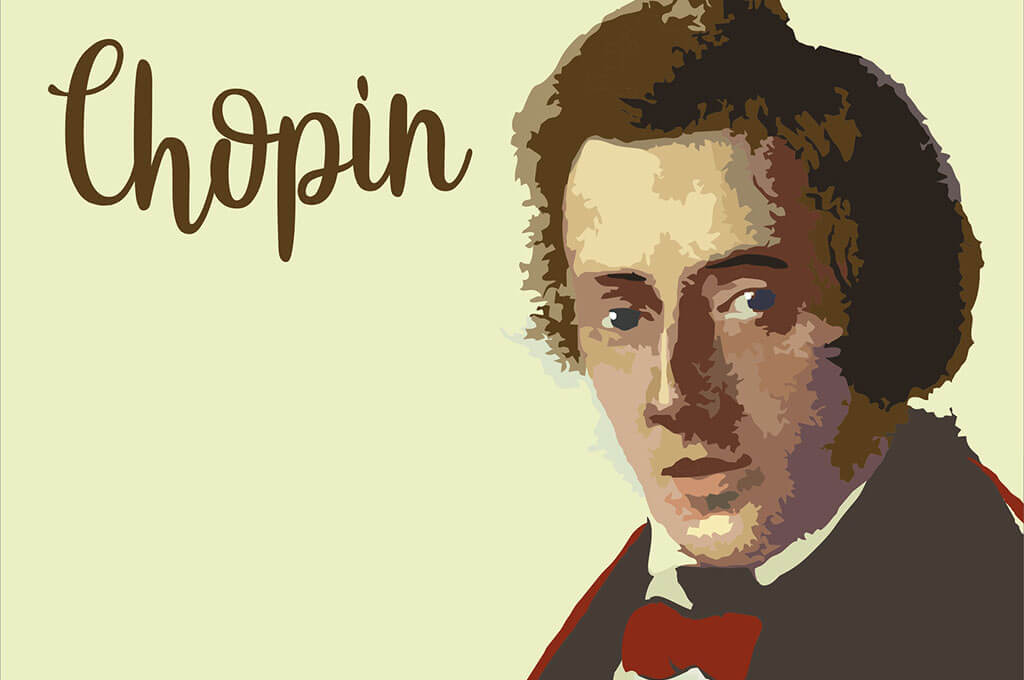 Image of Chopin in business 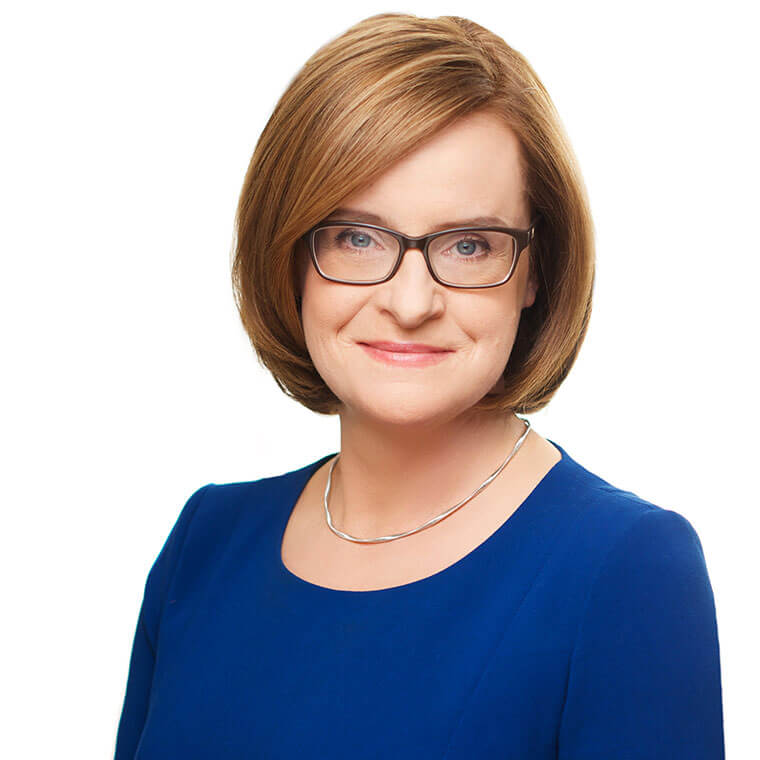 There are few images of outstanding representatives of art and culture with their use as scrupulously regulated as that of Fryderyk Chopin. The famous composer with a French-sounding name became the symbol of Polishness to a far greater extent than other well-known Poles. It is therefore hardly a surprise that the Polish business is striving to appropriate this personage, in search of icons and symbols to drive the promotion and product sales.

The work of Fryderyk Chopin is recognised as national heritage since 1991 (in accordance with the resolution of the Senate of the Republic of Poland). Since 2001, his legacy has been protected by the Act of February 3, 2001 on the protection of the heritage of Fryderyk Chopin (Dz. U. of 2001 No. 16, item 168). The proper use of the name and image of the master composer are the responsibility of the minister for culture and protection of national heritage, who entrusted it, under Art. 1 section 5 of the Act, to the Polish Fryderyk Chopin Institute.

Aware that many business entities are more than keen to exploit the name CHOPIN and use it for business purposes, the Fryderyk Chopin Institute took steps to enhance its protection. The Institute registered the word mark CHOPIN as a trademark in the EU procedure, thus obtaining the exclusive right covering the territory of twenty-eight EU countries. The mark is protected in all classes of goods and services, except Class 33 (alcoholic beverages); its list of goods covers a variety of all sorts of goods and services.

A trademark is a tool for entrepreneurs that guarantees them the monopoly of its financial and professional use in trading in relation to goods and services covered by protection.

Given the above, the question arises as to the role of the registered word mark CHOPIN for the Institute, since the Institute does not carry out any activities that would cover all goods and services for which the mark has been registered.

The issue should be considered at multiple levels. On the one hand, as regards all the activities of the Institute that fall within the definition of the Act on the protection of the heritage of Fryderyk Chopin (Article 5 of the Act), for which the name CHOPIN is used as an identification of the origin of goods or services, it may be recognised that it is the primary function of the trademark that is used, i.e. that of identifying origin.

On the other hand, due to its financial nature, the protection granted not only entitles the Institute to the exclusive exploitation thereof for profit, but it also gives it the right to take steps to prevent illegal use of the mark in trading, or the attempts to have it registered made by other entities.

The exclusivity of the right of protection for a trademark makes the Institute the only entity authorised to determine how the mark is to be used. As the owner of the CHOPIN word trademark, the Fryderyk Chopin Institute is entitled to do as it pleases with the right of protection to the mark. This right, due to its financial nature, may be traded: it may be sold (in part or in whole), pledged or a licence may be granted for entities other than the Institute to use it.

The Institute, aware of the vivid interest of entrepreneurs in using the word mark CHOPIN, decided that other traders can legally use it under licence. On March 27, 2014, the Director of the Institute issued Regulation No. 5/2014, which specifies i.a. that the manner of using the CHOPIN mark should not be detrimental to the heritage of Fryderyk Chopin and that it must be associated with projects of the highest quality and be related to at least one of the following fields: artistic music having national nature, Polish national and folk culture, patriotic symbolism, high European culture, piano music and artistic mastership, popularisation of Poland through art, including applied arts, high ethical value and/or artistic quality, mastery or the highest quality in a specific domain.

Thus, the Institute allows for the use of Chopin’s name and image to extend beyond the realm of music. However, this possibility is restricted with the two key requirements: eligible products or services must not be contrary to the values of high culture, and they should involve top quality, craftsmanship and mastery in a given field.

When building a brand of a product, the company needs to determine its identity. Identifying the brand by the name of a luminary may be perceived as a shortcut of a kind, as positive associations constitute an inherent feature of such a character. In the case of Chopin, those features include Polishness, elitism, and exclusivity – given that, to tell the truth, his music represents high rather than popular culture, thus being unknown to a part of the public. If a brand uses the name and image of Chopin, it becomes inseparably linked with the value represented by him. Also, the name itself is readily recognised not only in Poland, but also very often abroad. Thus, the personage of the composer promotes not only the product, but also the country of its origin.

Importantly, however, the use of a name as a brand also creates the necessity of proper product positioning. According to the instructions of the Fryderyk Chopin Institute, the word trademark “Chopin” can only be used for top quality goods. As indicated above, the Institute holds the right to the word trademark Chopin registered for almost all types of products (all classes). The Institute grants a non-exclusive license for the use of the Chopin mark for a period of 5 years with the option of its automatic renewal if there are no objections on the part of the Institute and the licensee (§ 4 section 3 of the Regulation by the Director of the Institute). Hence, the same name may be given to similar products, such as pralines by two different producers. It may sometimes happen that the designation of, say, sweets using the name Chopin will, on the one hand, confer some prestige upon them, but on the other – it will impede the distinguishability of products by one producer from those made by another. It is conceivable that it will make no difference to the buyer to buy Chopin pralines by one or the other company, given that both products are positioned as exclusive. Such purchase would stem only from the intention to have sweets bearing that very name, because, for example, they are a perfect gift for a foreigner visiting Poland that prompts associations with the country. Bearing this in mind, is a non-exclusive license the best solution possible?

The legal aspect of using the image of luminaries on products varies with particular countries. The Vatican Secretariat of State oversees the placement of the name and image of Pope Francis on goods, constantly monitoring the market so as to prevent abuse. Interestingly, the personage of Wolfgang Amadeus Mozart can be used without limitations, which was conspicuous during the Mozart Year, when the ingenuity of entrepreneurs produced golf balls, violin-shaped sausages, socks and even women’s underwear playing “Eine Kleine Nachtmusik” – all of which used the name Mozart itself or designations that were readily associated with it. In this case, the right to use the name was based on priority. The best known products having Mozart in their name, i.e. the Mozartkugeln chocolates, are produced by various manufacturers from Austria and Germany. The disputes arising between them over the years were resolved pursuant to the law of unfair competition.

Is it more profitable for manufacturers to build a brand image from scratch, using trademarks that clearly identify the origin of products or services, or rather to use a “shortcut” in the form of a name of a culture icon instead? Every company has to answer this question on its own by developing a marketing strategy optimal for its products.

What is beyond doubt, is the fact that the applicable regulations make it necessary to obtain the prior authorisation of the Fryderyk Chopin Institute in order to lawfully use the name CHOPIN in relation to a large number of various types of goods and services. The question remains whether, from the point of view of the Institute, it would be a better solution to register the mark in 44 classes for a large number of goods and services and monitor the use of the trademark in such an extensive range (especially in relation to any applications for the termination of the mark due to non-use) and to counteract its unauthorised use in trading, or rather to try a different type of protection of the mark offered by the legislation. The answer requires first to establish the definition of the mark protection strategy – which, however, goes beyond the scope of this article.

In recent years, a disturbing trend can be observed on the Polish media and entertainment market. Individuals convicted of serious crimes, such as extortion or leading organized crime groups, are…