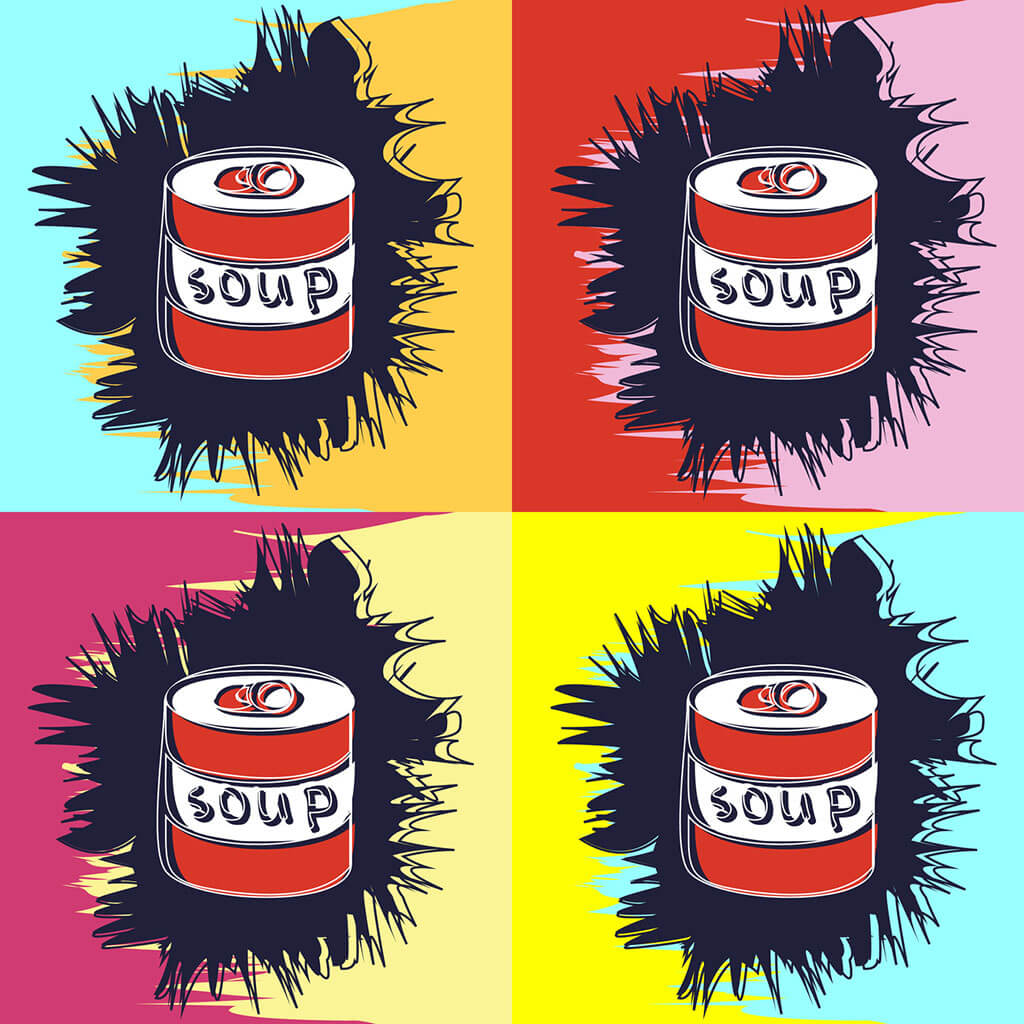 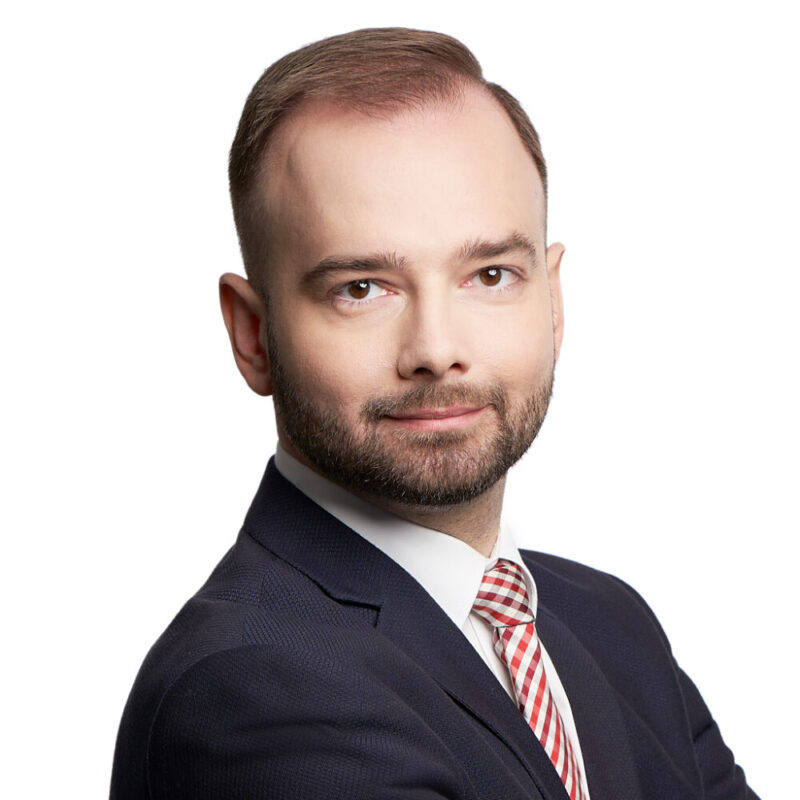 Even those who visit Amsterdam just for a moment usually don’t miss their chance to “tick off” the must-sees of the city. Aficionados of art or broadly understood culture will certainly appreciate Rijksmuseum in the capital of the Netherlands – a treasury holding the largest (more than five thousand pieces) collection of both national and European paintings in the country. Some of the staple artworks that are on display here, however, can nowadays be perceived from a different perspective.

Now, beholding the painting by Rembrandt van Rijn entitled The Night Watch (or The Shooting Company of Frans Banning Cocq and Willem van Ruytenburch), displayed for visitors in a separate room, we can see it as a work of art having some highly appreciated aesthetic qualities or… a trademark. More specifically it is a registered European Union trademark no. 016613903 with the priority date of April 18, 2017 for goods covered in Class 1 in the form of strontium (metal).

Imagine the amazement of the visitors proceeding to the next room who find yet another famous Dutch painting entitled The Milkmaid by Johannes Vermeer. Likewise, this artwork was registered as a trademark by the European Union Intellectual Property Office in Alicante under no. EUTM-010625143. In this case the owner takes advantage of the priority right from January 25, 2012 and the goods marked with this designation (masterpiece!) include the bread or milk featured in the painting, and even milk substitutes. It would be difficult to find a more accurate (and at the same time allusive) connection of the graphic layer of the protected trademark with the goods intended for it. Importantly, the work by Vermeer as such triggers positive associations among the audience which is most certainly of importance for the advertising function it holds as a trademark. 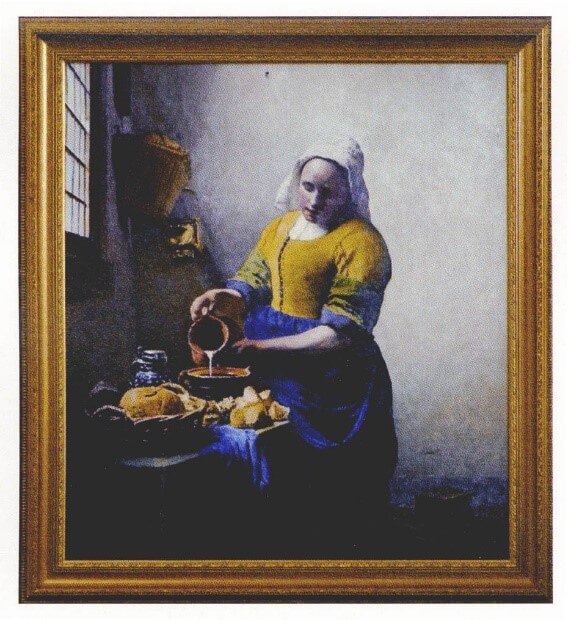 The same situation applies to picture The Girl with a Pearl Earring by the same author, exhibited at the Mauritshuis Hague Museum, which is protected as an European Union trademark no. 011363645 with the priority date of November 21, 2012 for goods covered in Class 31 (fresh vegetables and fruits). This demonstrates that it is indeed possible to register reproductions of prominent artworks as trademarks. In the Vienna classification developed in 1973, grouping figurative elements contained in the trademark into categories, divisions and sections based on shape, there is even a separate section (22.5.1) for pictures.

This leads to the two essential questions. First: Can any artwork be registered as a trademark? And the other: Will every artwork, notwithstanding formal and legal requirements, be able to properly function as a trademark in the market reality?

When considering the first issue mentioned, it is important to note that an artwork is sometimes also a work within the meaning of copyright law (the concept of an artwork and work in a logical sense are overlapping). This means that somebody may for example hold copyrights which, on the other hand, may also constitute an effective ground for opposing a trademark application in the procedure before the Polish Patent Office (Article 1321 section 1.1. of the Polish Act of June 30, 2000 on Industrial Property Law). Importantly, under the current EU legislation (see: directive 2006/116/EC of the European Parliament and of the Council of 12 December 2006) said copyrights generally expire 70 years after the death of the author of the work. It is also worth pointing out that even the provisions of the current Polish Act of February 4, 1994 on copyright and related rights apply only to works established for the first time after it entered into force or to the copyrights which have not expired pursuant to the existing provisions (see Article 124, section 1.1 and 1.2 of the Act). This means that they cannot be applied to the paintings from the fifteenth century which are even older than the provisions of the Berne Convention for the Protection of Literary and Artistic Works from 1886 establishing the international standard for copyright protection. In summary, it should be noted that the paintings of the “old masters” currently are part of the public domain and, accordingly, their reproductions may be freely used in trading by whoever intends to do so.

When formulating the answer to the first of the questions above it is also necessary to refer to the provisions specifying absolute grounds for refusal of registration of a trademark which in principle are consistent with the Polish and EU legislation. According to said regulations the trademarks having no distinctive character are excluded from the registration as well as those that are descriptive, in conflict with public order or morality, or applied for in bad faith. These conditions are mandatory examined in the mark registration process, but they may also be subject to third party observations.

Thus, even a brief consideration of whether the above absolute grounds for refusal of registration of a trademark may be applicable in relation to, for example, The Milkmaid by Vermeer referred to above, will generally lead to a negative answer. This picture considered as a graphical trademark should not be seen as devoid of the distinctive character for such goods as bread or milk. Moreover, The Milkmaid should not be classified as a descriptive trademark despite the somewhat evocative character of the message conveyed by the painting (a woman pouring milk). It could be considered controversial whether it has a distinctive character in relation to goods such as paintings (Class 16), but in this particular case they were not listed in the application. On the other hand, the conflict with public order or morality is understood as a conflict with the applicable legal or moral standards which by no means apply here either. Finally, the application of such a trademark may not be considered to be a bad faith application only due to the painting being monopolised for the benefit of a specific entrepreneur as a mark of its goods or services. Nevertheless, of course, it cannot be ruled out that in specific circumstances such trademark application may be objectively considered to have been made in bad faith. However, this requires several conditions that have been established in the dominant jurisprudence to be found fulfilled.

To sum up the above considerations, it should be recognised that, in principle, a reproduction of a well-known artwork (assuming that the copyrights thereof have already expired and that it had not been previously claimed by another entity as a trademark) may become a registered trademark. This is also confirmed by the examples cited from the practice of the European Union Intellectual Property Office (EUIPO) which meticulously verifies the existence of absolute grounds for refusal specified in EU regulation no. 2017/1001. Finally, the question whether every artwork may effectively function as a trademark in trading will be answered in the second part of the article to be published soon.