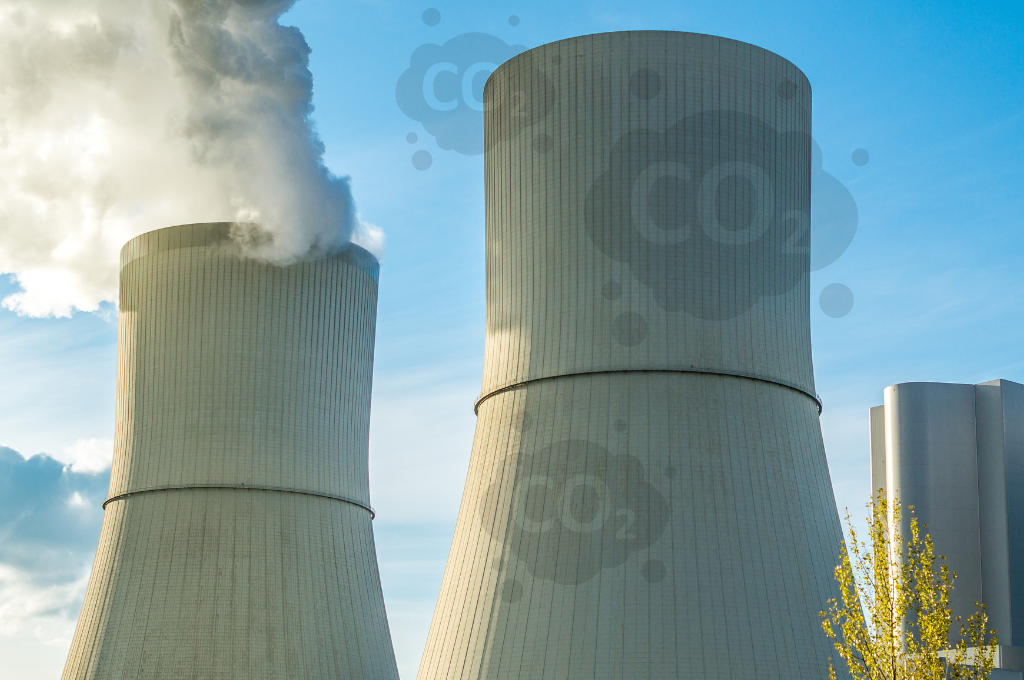 The ongoing climate change provokes multiple stormy debates concerning industrial activity of human beings and thus extremely heats up the atmosphere of agitation and anxiety. The huge number of scientists and laboratories from around the world (e.g. NOAA) monitor the environment, as well as conduct extensive research in ongoing climate change. The results of their analysis leave no doubt that we contribute to degradation of our planet and, at the same time, confirm the “red alert” for humanity. Nevertheless, new innovative solutions are created and implemented constantly in order to reduce emissions or to remove CO2 from the atmosphere.

The IPCC presents one of the most comprehensive reports on climate change and conclusions that can be drawn therefrom are unambiguous: with regard to greenhouse gases emissions changes are necessary.

The data presented on NOAA website clearly show a globally increasing trend of the CO2 level in the atmosphere. The amount of this greenhouse gas being released to the atmosphere every year is growing. Therefore, it is not surprising that apart from scientists also many companies and entrepreneurs engage in development of new technologies which will not only limit carbon dioxide emissions, but will also enable to directly remove CO2 from the atmosphere. Among these, companies like Climeworks, Carbon Engineering (supported inter alia by Bill Gates), or Global Thermostat (cooperating with Coca-Cola) may be mentioned, as well as many others.

Beyond any reasonable doubt we need a revolution that will change rules of the game (a game changer) and will enable to transform perception and to replace technologies leading to emission of carbon dioxide from burning fossil fuels with technologies capable to reduce these emissions on a massive scale.

One approach to remove CO2 is to apply CCS technology (carbon capture and storage, i.e. CO2 sequestration) which has been known and developed for many years and which in general terms consist in capturing CO2 before it enters the atmosphere, transporting it, and storing it, for example deeply buried underground, or transforming it. This technology is applicable mainly in these areas where the carbon dioxide is emitted in large quantities (e.g. power plants) and therefore, its application on a large scale is somehow limited.

The biggest project undertaken by Climeworks so far (removal of carbon dioxide directly from the atmosphere) is named “Orca”. It is a commercial farm put into service in 2021 in Iceland. Its capacity of capturing CO2 from the atmosphere is estimated to 4 000 tonnes per year. “Orca” plant resembles metal containers in appearance which by means of appropriate fans pump the air into a collector that captures and “concentrates” CO2 and, in the next step of the process, saturates water with concentrated carbon dioxide and pumps it around 1 kilometre deep underground. As a consequence, carbon dioxide stored deep underground gets mineralized and turns into carbonates that are harmless to the environment. The farm itself is powered by renewable energy, i.e. geothermal energy coming from the nearby geothermal sources.

Climeworks is already working on much larger projects (inter alia in Scotland and in the USA) that aim to achieve capacity of removal directly from the atmosphere even up to one million tonnes of CO2 annually which is equal to the amount of CO2 being captured by around 40 million trees.

Although this technology has many advantages, it is economically not viable when taking into account high operating costs, large water consumption, a risk of groundwater pollution etc. This is why it seems more reasonable to develop technologies focusing on reducing carbon dioxide emissions rather than removing it from the atmosphere. However, it is worth to be aware that “Orca”, although being only one small step for mankind relative to the needs we have, indeed is a great example of trying to respond to challenges we are facing. The list of all current farms and CSS projects can be found here: Facilities – Global CCS Institute (co2re.co).

It is worth noting that Tesla founder Elon Musk has offered the biggest reward in history for the best technology enabling to remove carbon dioxide, the amount of which is USD 100 000 000. The competition shall take place until 2025 and it is worth to follow efforts of competing teams.

The growing interest in carbon dioxide capturing technologies is also visible in patent literature. The upward trend is very significant and within the last decade we observe regular and sharp intensification in research carried out and in published papers. Therefore, it is not advisable to remain indifferent to changes in this area and it is better to have effective overview of the state of the art and rapid technological change.

It is also worth noting that the exclusive rights granted to the applicant are part of enterprise’s assets and are a tool to establish monopoly which translates to financial profits. These rights may serve not only to protect own interest but may also constitute a marketed products. Investing in development is an essential element of creating market power and trade in intellectual property rights may be one of market strategies, in particular in the areas of extensive interest. In a fast changing economy, licencing and trading in exclusive rights is a crucial element that shall also be considered. The selection of appropriate instruments of protection and knowledge of how to use them in order to create market power are the issues that every patent attorney acting as a business consultant is confronted with every day.

Indeed, it is impossible to fully present the state of the art within particular technology in one article only, or to analyse therein many aspects of patent attorney activity during the process of cooperating in protecting intellectual property.